Fewer vibes and better features at a competitive price tag? Do we finally have a baby Beemer worth buying? 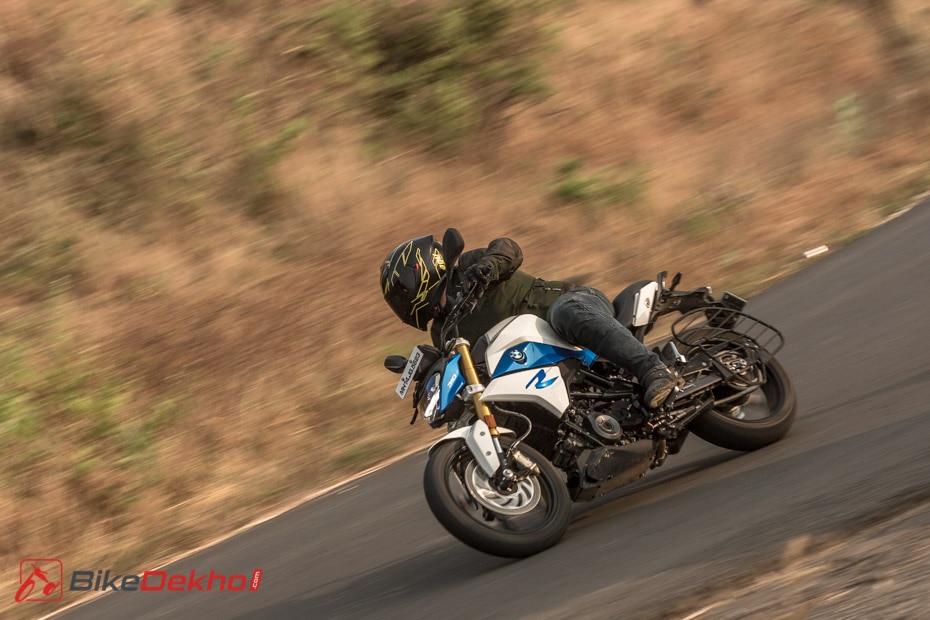 What comes to your mind when you think of the BS4 BMW G 310 R? Unreasonably expensive? Spot on, we’d say. To add to this, we felt the bike lacked features compared to its competition and had a vibey motor that ate into its fun factor. It was pretty much the same case with the Apache RR 310. However, TVS really put their heart and soul into the RR’s BS6 iteration, making it one heck of a proposition. It’s largely vibe-free, rides better and packs a ton of features.

So does the BS6 G 310 R follow the same path? Has BMW ironed out the Beemer's shortcomings? Well, the spec sheet might not tell a very different story from its previous iteration. But there are some much needed improvements here, and thanks to a lower price tag of Rs 2.45 lakh (ex-showroom), it’s a lot more accessible than before as well.

The overall silhouette of the bike remains pretty much unchanged, but there are subtle design updates that add to the G 310 R’s appeal. The devil really is in the details. The LED headlight, for instance, is all new and features a unique U-shaped LED DRL and the BMW logo etched onto it. Is it practical though? In terms of illumination, the low beam has good throw and lights up dark roads pretty well. As for the high beam, we wished it had a bit more throw which would help light upfor dimly lit highways.

The new LED winkers designed to look like boomerangs are yet another design detail enthusiasts would appreciate. The fuel tank, as well as the floating tank extensions, have been redesigned whichand carry over the mass -forward styling from the litre-class S 1000 R. The rest of the bike is pretty much the same. Overall build quality is typical BMW, solid with premium material finishes all over.

There are just two notable changes so to speak, but they do help elevate the bike’s overall riding experience. The seat on the older model felt a bit cramped, especially for generously proportioned riders, thanks to its aggressive scoop. This new seat seems to have a flatter, stepped setup under that single seat cover, providing ample room to the rider. The cushioning too is spot on, which will prevent your backside from going numb.

I also quite liked the redesigned tank which looks more muscular than before. The restyled knee recesses help you grip the tank better, thus offering more feedback from the bike. The rider’s triangle remains unchanged. You sit fairly upright with just the right amount of lean towards the handle bars, while your feet sit rearward offering a sporty yet comfortable riding posture.

Featured packed bikes are pretty much the norms these days. While the BS4 G 310 R felt a bit lacking in this department, the BS6 bridges the gap between it and its rivals to some extent. You have LED lights all around, which we already spoke about. Additional creature comforts include adjustable clutch and brake levers which will help you fine tune the lever reach as per your hand size. I for one have average sized hands and found this particularly helpful and less strenuous.

Also taking the load of the clutch lever is a slip and assist function. The clutch feel is a lot lighter compared to the BS4 model. It’s as easy as pulling on the lever with just two fingers. Hard downshifts are also possible thanks to the slipper clutch, which helps you brake late into corners without worrying about wheel hops.

BMW could have taken a leaf out of TVS’ book and offered a full-colour TFT display, which could have earned the baby Beemer a few extra brownie points. But it chose to stick to the same old LCD screen to keep costs in check. Having said that, the LCD screen does just fine for now and is quite legible even in broad daylight.

The one leaf they did take out of TVS’ book is GTT or Glide Through Traffic, although BMW calls this “Automatic Idle Speed Increase.” This feature works wonders on the BS6 G 310 R. It’s so much easier to ride in peak city traffic or just ambling around at slow speeds -- just slot the gear as per the speed and toddle along by just modulating the clutch. Oh and ride-by-wire throttle now comes as part for the standard equipment.

There’s no difference in the powertrain: it still packs the same 313cc single-cylinder engine with the same power outputs. The difference lies is the catalytic converter and the ECU, as is the case with all BS6 bikes. While the spec sheet says there is no difference in performance, real world tests say otherwise. The engine feels a bit restricted power-wise, which is down to the larger cat con and stricter emission norms. And the results are pretty evident in our performance runs.

It’s a little over half a second slower than the BS4 model while darting from zero to 100kmph. Mid-range performance, which is most useful in city traffic, and quick overtakes has also taken a hit. Having said that, you don’t really feel the difference. The G 310 R still feels peppy and a lot more refined than the outgoing model. That’s not to say that the BMW has managed to completely get rid of the vibes -- they still manage to creep through the footpegs and handlebars over 80kmph. But they’re low enough to not be a bother, even on long journeys. This makes the motor more enjoyable than before.

The power kicks in slightly earlier down the rev range, giving the G 310 R a meatier mid-range. Also, the fact that it weighs around 15kg lighter than the RR makes the throttle response feel more reactive and the engine livelier. It’s also easier to pop wheelies because the front end is lighter (compared to the RR), you are sitting in an upright stance and hence more prone to catching some air while getting off the line.

Sure, the slight dip in performance is a bit disappointing on paper, but the BS6 G 310 R sure as hell makes up for it with increased fuel efficiency, both in the city and out on the highway. Of course, it all boils down to your riding style and how easy you are on the throttle. And if you exercise a bit of control on your right wrist, you might manage a range of almost 400km on a full tank. That’s a noticeable improvement over the BS4 bike.

There is no change in the BS6 G 310 R’s underlying hardware but the German manufacturer has tinkered with the suspension tune to make it slightly firmer. While the previous suspension setup was pliant, it felt a bit wallowy with a pillion on board. The retune on the BS6 model allows for a more composed ride with a pillion. It flattens out bumps and undulations with ease.

The light front end allows you to throw it into a corner with the chassis and suspension setup acting as anchors, allowing you to hold the line, and correct it if need be, quite easily. That said, the handling capabilities of the BMW G 310 R far outweigh the grip of its Michelin Pilot Street tyres. We’d suggest you swap them out for a pair of Michelin Road 5’s instead. These grippy tyres have proved themselves on the BS6 Apache RR 310 and should help highlight the G 310 R’s true handling prowess.

I’d say the BS6 G 310 R is a lot easier to ride compared to the frantic 390 Duke. So if you’re less skilled and would like to learn the art of cornering, the baby Beemer makes a lot more sense.

Also worth noting is the braking system, which has been improved significantly in the BS6 model. The revised system offers more feel through the levers, something that the BS4 version lacked. Not only this, the BS6 bike also has better progression and feedback. The reduced braking distance should give you a clear picture. These numbers could have been even better if it wasn’t for the tyres. They simply lack grip and fail to inspire confidence under hard braking.

The BMW G 310 R is available in a single variant with three colour options: Cosmic Black, Polar White and ‘Style Sport’ in Limestone Metallic. The latter two will have you forking out an additional Rs 10,000 over the standard colour.

Coming back to the question? Has BMW worked on the G 310 R’s shortcomings? That’s a resounding  YES. The bike feels a lot more refined, easier to ride and offers more bang for your buck thanks to the new price tag.

The fact that BMW reeled in over 1,000 bookings within three weeks should tell you a thing or two about how much enthusiasts appreciate a good value in India. Makes you wonder, if only BMW had launched the baby Beemer at this price point right from the beginning?

Another big tick mark are the service costs, which according to BMW have been reworked to be lower than those of the TVS Apache RR310. That said, the RR310 isn’t known to have particularly cheap spares. So the Beemer’s actual running costs are something that remains to be seen. We’ll soon have a story going up explaining the workings so stay tuned to BikeDekho.