In this battle of retro roadsters, which one gives you a more chilled-out riding experience? 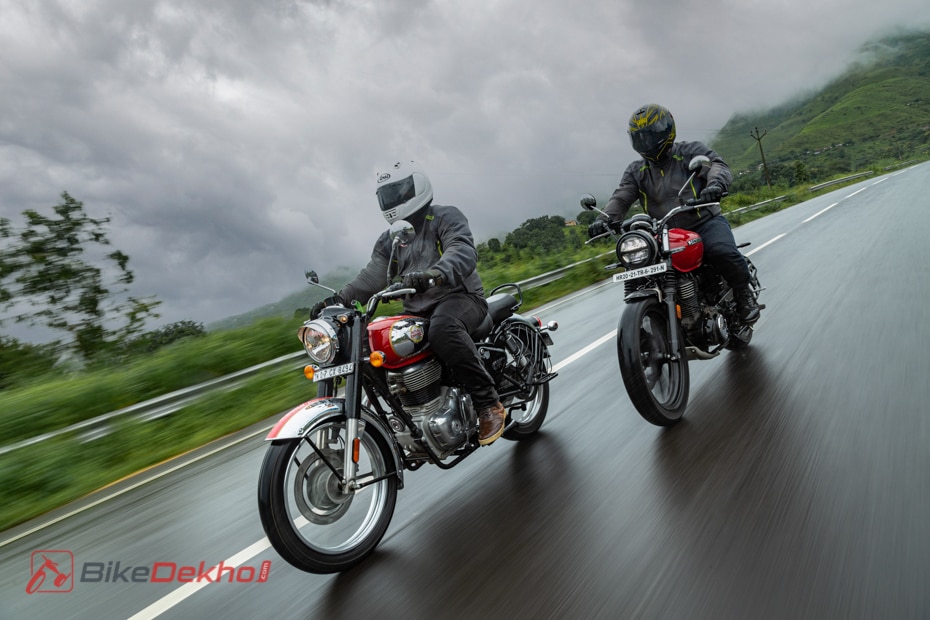 As delightful as the new Royal Enfield Classic 350 is, it is no longer going to remain a lone warrior in the sub-400cc retro roadster segment, something which the previous-gen model was for most of its 12-year lifespan. Competition from rivals has intensified, with the biggest threat coming from the Land of the Rising Sun. Or rather, its Indian arm with the Honda CB350, first with the H’ness and later on with the RS models.

While we have the latter on test here, the two Honda CBs share 90 percent of their parts, so the differences in our observations aren't going to be vastly different. Did Honda do a good enough job in outdoing the new Classic 350? Or does it still have to play catch up?

It is shocking how clear cut a winner the new Royal Enfield Classic 350 is. It might be slower, less fuel efficiency, and heavier than the Honda CB350 RS. But the bottomline is that the chill vibe that you seek from retro roadsters is available in abundance on the Classic. It can chug along fuss free within the city, and can manage respectable highway speeds without breaking a sweat. And it does this without any harsh vibrations that were so prevalent on the older model. It is light on its feet and remains composed over every road obstacle.

Plus, there’s no discounting the vast network of dealerships and service centres that Royal Enfield has which Honda’s Big Wing touchpoints might never come to match. Lastly, it is the RE brotherhood and folklore, which was one of the main reasons why the company has done so well in the past years and with this new Classic, we are sure will do even better.