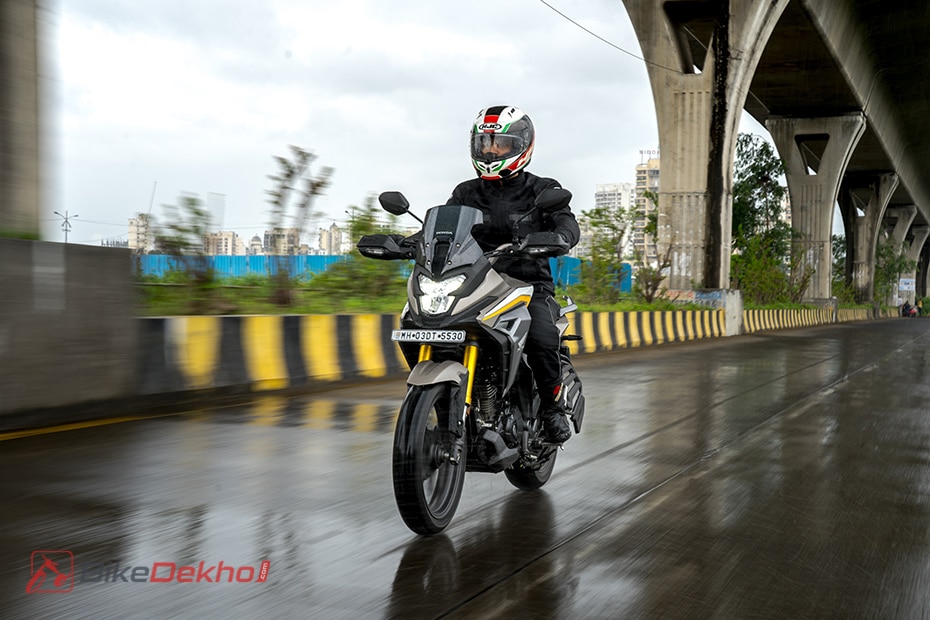 Adventure motorcycles have steadily been gaining popularity in India, and we’ve seen many manufacturers take on this segment in the past few years, at least with their larger capacity motorcycles. Sadly, we haven’t had too many small-capacity options here, except for the Royal Enfield Himalayan and the Hero XPulse 200. Now, though, Honda has launched the CB200X, which certainly has the appearance of an ADV, though the brand prefers to call it an ‘urban explorer’. So we rode the bike around town, put it through its paces in the pouring rain and here’s what we found out.

While it’s no true ADV, the Honda CB200X makes for a brilliant daily rider within the city and it can even handle the occasional weekend jaunt with ease. Our main complaint about it, though, is its price tag. At Rs 1,44,500 (ex-showroom, Delhi) or around Rs 13,000 more than the Hornet 2.0, you only get a new fairing and a slightly altered handlebar, which in our opinion isn’t a good bargain. So the only reasons you’d want to get the CB200X over the regular Hornet is if you really like the way it looks, and don’t mind paying the premium for its aesthetics. But for those even remotely interested in actual adventure riding, our recommendation would still be the Hero XPulse 200, which costs Rs 1,23,150 (ex-showroom, Delhi) and offers not only better touring elements but onboard navigation as well.