Published On Aug 16, 2021 By Jehan Adil Darukhanawala for Yamaha Fascino 125

Does the micro-hybrid system actually help better the Fascino’s value proposition or is it just a gimmick? 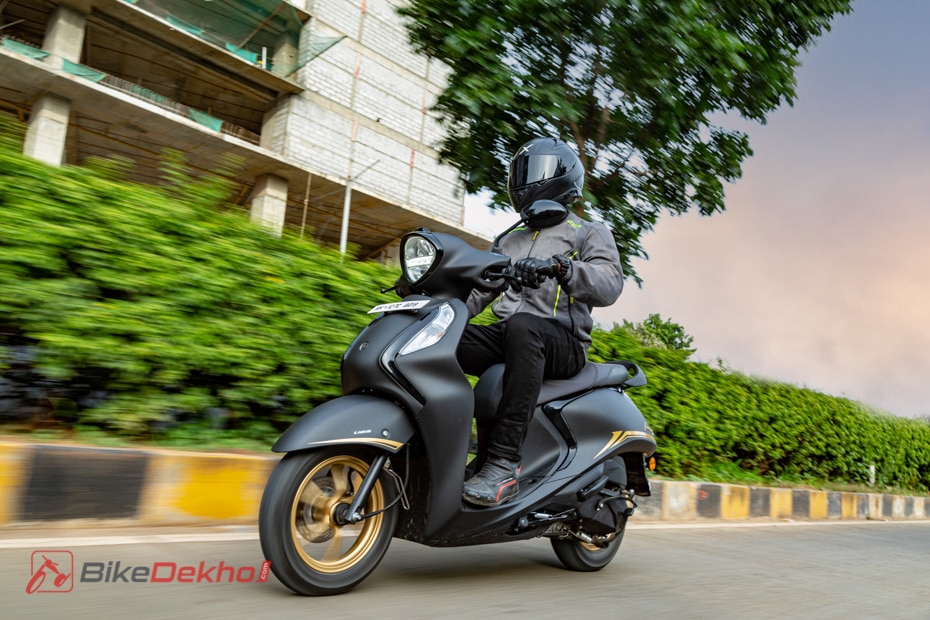 Yamaha India was done playing the mass market game, or so it said last year, when it stepped up its scooter range from 110cc to 125cc. For 2021, the stylish and practical of the two scooters -- the Fascino 125 -- has just received a handful of upgrades. The main talking point of the new version is the micro-hybrid system that Yamaha claims has improved its performance without compromising on fuel efficiency. Is that actually the case?

The Yamaha Fascino 125 Hybrid is available in two variants: front drum and front disc, prices for which now start at Rs 72,000 and Rs Rs 77,530. Certain colour editions warrant a bit more money, like the Matte Black Fascino S shown here, which costs Rs 2000 more than the regular disc variant. Aside from the difference in braking hardware, the disc trim also gets Yamaha’s smartphone connectivity module as standard.

We were pleased with the Fascino 125 when it came out last year, but felt like it was a bit too simple. Thankfully, the updates for 2021 have made the stylish Yamaha scooter quite an appealing package. It remains light and thanks to the added boost, makes commuting a treat. Plus, the new modern features were a much needed addition to this beautiful scooter. Yes, we were disheartened by the change in suspension tune but it is something that shouldn’t bother you too much. Ultimately, the biggest gain is in its fuel efficiency, which makes the new Fascino 125 Hybrid a very compelling package in this cut-throat 125cc segment.