Published On Mar 3, 2021 By Jehan Adil Darukhanawala for TVS Radeon

Has the inclusion of fuel injection made the loveable TVS commuter more frugal? 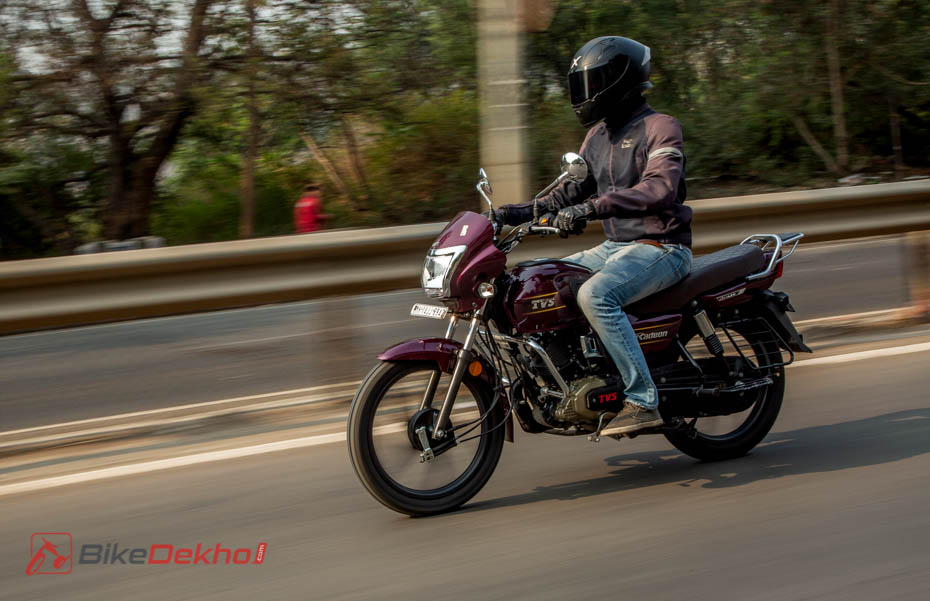 It is fair to say that we have been in awe of the TVS Radeon. The 110cc retro-styled commuter has been much loved by all members of our team, with Arun even daring to take it on a road trip to Goa! Head here check out his (mis)adventures with the bike. The BS6 iteration has finally arrived at our HQ in Pune, even though it had gone on sale a long time ago. Nevertheless, have the BS6 updates affected the commuter’s frugality in any manner?

The list of updates on the BS6 Radeon are not as comprehensive as those on a few other bikes of its segment, like the Hero Passion Pro 110 (which is almost a ground-up new motorcycle). Nevertheless, this TVS commuter remains a no-frills daily-runabout vehicle. Moreover, in its BS6 avatar, it has become more enthusiastic, and if you do buy this bike, you can bank on its improved fuel-efficiency. Your Acche Din has indeed arrived.