Published On May 28, 2019 By Arun Mohan Nadar for Suzuki Gixxer SF

The Gixxer SF receives a raft of updates for 2019. But are these worth the Rs 8,000 premium the new bike commands? 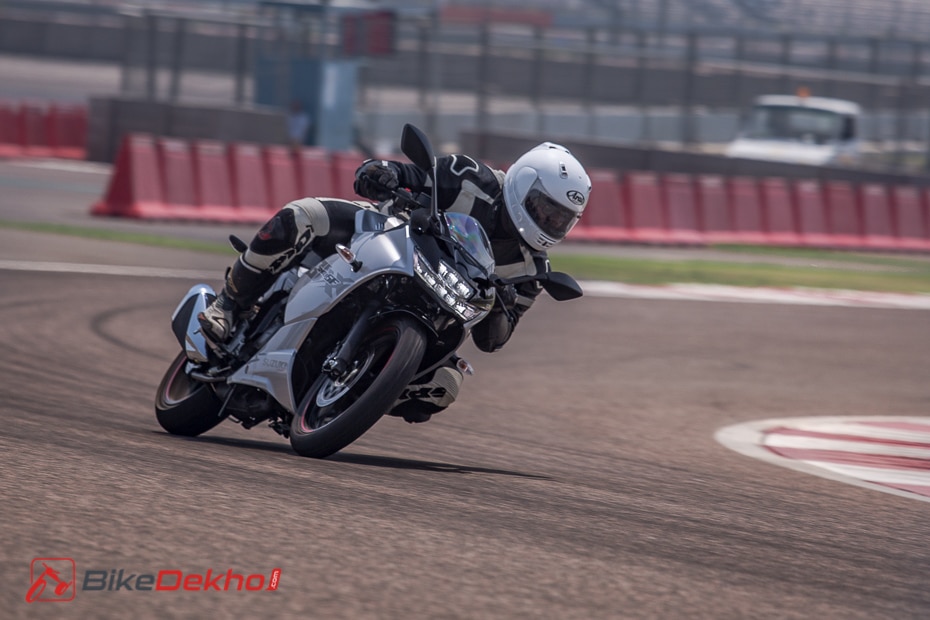 The Suzuki Gixxer is a great example of how one product can change the fortunes of a brand in India. Up until the launch of the Gixxer, Suzuki India’s operations were completely focused on the Access 125 and it lacked an aspirational motorcycle in its portfolio. The Gixxer was loved both by journalists as well as bikers and also went onto win many awards owing to its all-round ability. Riding on the success of the Gixxer, Suzuki plonked a fairing on the motorcycle and launched the Suzuki Gixxer SF in 2015. As expected, the Gixxer SF did well and it was also the most affordable fully faired motorcycle on sale in India for many years. However, the bike was starting to show its age and along with the new Suzuki Gixxer SF 250, the Japanese brand also launched the 2019 Gixxer SF recently. The new bike receives a host of updates and we got to ride it at the BIC (Buddh International Circuit) and here’s what we have to say.

The most noticeable difference on the new motorcycle is its styling. Yes, it still does get a full faired design but the new bodywork is larger, with subtle creases that makes the bike look bigger. In fact, the new Gixxer SF shares its styling with its 250cc sibling and parked next to each other, it’s rather difficult to distinguish them. While the Gixxer SF gets two matte shades, the Gixxer SF receives a gloss paint option and my pick will be the silver and black dual-tone colour, which Suzuki calls ‘Metallic Sonic Silver’. The design highlight of the motorcycle is the wing-shaped LED headlight, which makes the motorcycle look aggressive. But the small windscreen does look a bit off with respect to aesthetics  and a taller windscreen could have also offered better protection from wind blast. It also gets split seat and a larger LED tail lamp that flows well with the design. The stubby exhaust muffler with twin ports have been redesigned as well, but I am not sure about the chrome finish on the tips. Build quality and the paint finish is top notch and the switchgear quality is also among the best in the segment.

Apart from the style update, Suzuki has also given the new Gixxer SF a sportier riding stance. The older bike used the same wide handlebar as seen on its naked sibling, which felt a bit off on a full-faired bike. The 2019 Suzuki Gixxer SF features clip-ons, which results in a sporty riding posture. However, it isn’t as aggressive as that of the Yamaha R15 as the footpegs are still centre-set. So, touring on the motorcycle shouldn’t be a tiring task. Seat height of the new bike has gone up by 15mm, but despite this, shorter riders wouldn't find it troublesome. Suzuki officials also claim that the seat cushioning on the new bike is firmer than the older bike for added comfort. Since the ride was on a race track, we will have to clock proper miles on the new Gixxer SF to judge whether the comfort factor has improved and also whether the rear seat is pillion-friendly or not.

In terms of technology, the Suzuki Gixxer SF only gets single-channel ABS, which is the norm of the segment. The bike still employs am all-digital instrument console, but the layout is redesigned and it’s more pleasing on the eyes. The console displays details such as speedometer, tachometer, fuel gauge, gear position indicator, shift light indicator, tripmeter, odometer, clock and service indicator. You also get a USB charger, which is positioned on the handlebar, as an optional extra. Suzuki is also offering official accessories for the new 150cc bike and you can read about them here.

Powering the Suzuki Gixxer SF is the same cc motor seen on the older bike. The air-cooled single-cylinder, fuel-injected engine produces 14.1PS at 8000rpm, and 14Nm at 6000rpm. While the torque figure remains identical to the older bike, power output has dropped by 0.7PS. According to Suzuki officials the reduction in power is the result of making the powerplant BS6-ready, although we must add that the engine doesn’t comply with the upcoming emission norms yet.

Out on the track, the new Gixxer SF impressed with its low and mid-range performance. Power delivery is linear and only closer to its redline does the motor feels strained and vibey. However, the lack of top-end was noticeable as on the straights, the bike managed a top speed of 118kmph. Even if I discount my rather hefty build, slimmer and leaner riders managed a top whack of around 125kmph. Having said that, as a city bike the Gixxer SF promises to be as fun to ride as its predecessor. The 5-speed gearbox has improved its shift quality, but there’s still scope for improvement.

Speaking about fuel efficiency, Suuzki claims a WMTC figure of 49.4kmpl, which we feel isn’t bad. However, we shall be doing a proper road test to verify Suzuki’s claim.

Unlike the older bike which was offered in two engine options - carb and fuel injection - the 2019 Suzuki Gixxer SF is available in only one variant. However, a MotoGP edition for the new 150cc bike is planned in the future.

Apart from the new styling, the 2019 Gixxer SF also receives a revised frame. The new bike share its chassis with the Gixxer SF 250 and the tube is thicker for added rigidity. While the rake and trail remains similar to the older bike, the new bike is heavier by 6kg in comparison to its predecessor. Despite the weight gain, the new Gixxer SF turned into corners even faster and the chassis revisions have improved its handling dynamics. Out on the track, it tipped into corners swiftly and held its line well. The tyre specs remains identical to the older bike, with radial rubber at the back. Braking hardware remains unchanged and we would have liked more bite and feedback, while single-channel ABS comes as standard. Being a track ride, we couldn't judge the ride quality of the new bike, but Suzuki officials informed us that the monoshock has been tuned for a softer ride.

The new Suzuki Gixxer SF has been priced at Rs Rs 1,09,870 (ex-showroom, Delhi). At this price, the new motorcycle is almost Rs 8,000 more than its predecessor, which we feel is a very high premium to pay. Given the updates on the 2019 Gixxer SF, a price hike of around Rs 4,000 would have been fair. The addition in price also means that it loses its crown as the most affordable full-faired bike to the Hero Xtreme 200S. As a product, the new Gixxer SF ticks (almost) all the right boxes and is a bike that’s good for youngsters entering the world of motorcycles. For a more mature audience, you have the option of the Gixxer SF 250. Whether the new styling and sporty dynamics will be enough to entice buyers to pay the premium is something only time will answer.