The venerable Classic 350 lives on in a cleaner BS6 avatar. But does it keep up the times? 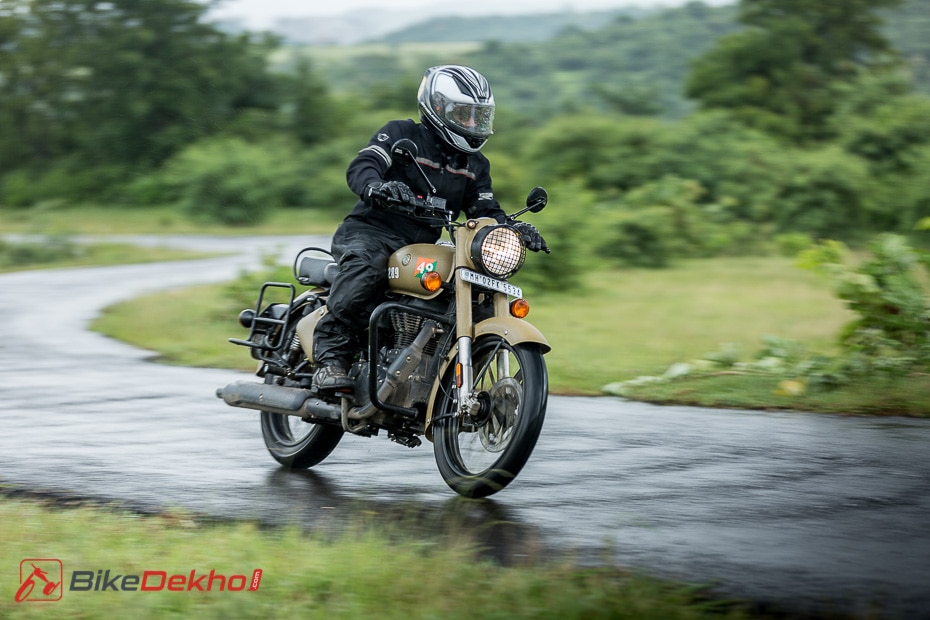 In an age where technology is constantly evolving, you’d think that anything that doesn’t keep up with modern times will lose its importance. That’s exactly what was happening to Royal Enfield until the Classic range came to its rescue in 2009. Interestingly, it wasn’t exactly cutting-edge but the old-school charm coupled with the trademark ‘dug-dug’ exhaust note from the all-new Unit Construction Engine (UCE) that made it feel like it had a living soul. These aspects made the Classic 350 the highest-selling motorcycle from the brand, year after year.

Of course Royal Enfield had to keep the legacy alive, and hence upgraded the Classic 350 to comply with BS6 emission norms. But are the updates comprehensive enough to make it as desirable as its predecessor?

One of the biggest reasons for the Classic 350’s popularity has been its styling. So it isn’t surprising to see Royal Enfield not tinkering with it. All the old-school elements like the prismatic lens, ‘Tiger Eye’ pilot lamps, large fuel tank with chromed out fuel filler cap and the sprung rider’s seat have been retained. Visually, the only two changes are the small lump on the exhaust bend pipe that houses an additional catalytic used to control emissions, and a small blacked out metal cover for the electronic fuel injector.

Our test bike was the Signals Edition which features a bunch of cosmetic changes to set it apart from the regular model. It comes with stencilled numbers on the fuel tank, with a unique Signals Edition logo and blacked out rims, powertrain, battery box and rear suspension. The test bike also featured a bunch of additional accessories, but more on that later.

The riding ergonomics is properly upright, offering a commanding view of the road. The footpegs are slightly set forward and the wide handlebars are easy and comfortable to hold on to. Taller riders might appreciate the slightly taller handlebars as it could take the strain off their shoulders. The footpegs are set a little further apart than we’re used to thanks to the wide crankcase. So moving the bike around on foot might feel a little icky as it tends to hit your shins. That said, their position isn’t as odd as the one on the Royal Enfield Interceptor 650.

Both the rider’s seat and the pillion seat are quite roomy and comfortable. Thanks to the sprung rider’s seat, sharp bumps are filtered out easily. Our test bike had the touring seat on, which, as per Royal Enfield, uses 3D net technology that ensures even weight distribution and enhanced comfort over long distances. In our stint with the motorcycle, we found the cushioning to be balanced enough to absorb bumps effectively without making the rider feel fatigued over long hours on the saddle.

The most significant technological update is the closed loop fuel injection (FI) system, which, along with the added catalytic convertor helps the motor comply with the stringent emission norms without the need for a major overhaul. Thanks to the FI system, the trademark amp meter has been replaced with a low-fuel lamp (lights up when the fuel level reaches around 4 litres), an ABS light and an engine check light. The analogue speedometer, odometer, and other tell-tale lights have been carried over.

As far as practicality is concerned, it is woefully short on useful features like a trip meter or a proper fuel gauge. You can’t rely on getting a clear look of the inside of the fuel tank either as there’s a metal panel obstructing the view. The illumination of the instrument cluster isn’t good enough, especially at night, as one will have to squint hard to see the odometer reading. During day time, the neutral light is a little too faint to be visible properly.

The Signals Edition features dual-channel ABS as standard. The standard variant of the Classic 350 is also available with a single-channel ABS for those who are under a tight budget. It costs Rs 1,59,851 (ex-showroom Delhi).

The test bike also had a touring-spec rear view mirror kit which costs an eye-watering Rs 4,000! Their stems are made out of machined aluminium, hence the premium pricing. In contrast to how cool they look, these mirrors have a large blind spot that covers a quarter of the mirror. They’re also pretty much useless at highway speeds because of the vibrations. If you want a properly functional, no-nonsense rear view mirror, we’d suggest you source the wide ones from the older Thunderbird 350/ 500. Another accessory which our test motorcycle came with are the saddle stays and canvas panniers. The build quality of the saddle stays is quite good and it feels like it is made to last. They cost Rs 1,600 a pair and the canvas panniers cost Rs 3,300 for one and Rs 5,500 for a pair. The panniers are very easy to install and remove, and they’re coated with water-resisting wax. They are ideal for short weekend getaways.

Another small niggle is that while the side-stand engine cut-off feature prevents the engine from cranking up, it does not disable the starter motor itself. So if you don’t realise that the side stand is on, you’ll end up draining the battery as the starter motor would keep trying to crank up the engine.

One thing that’s immediately noticeable is how sharp the throttle response has become thanks to the fuel injection system. Even the on-off throttle transition feels gradual and natural. The top-end also sees an ever-so-slight improvement.  But being a long-stroke, push-rod engine, it is still as laidback as before. The BS4-compliant Classic used to be comfortable at around 65-70kmph whereas the BS6-compliant version can cruise at 70-80kmph without stressing out too much. That said, the refinement is still notoriously poor. Vibrations kick in as soon as the needle crosses 60kmph but they’re still bearable. But crossing 85kmph will invite harsh vibrations on pretty much every surface on the motorcycle where your body is in contact with.

The gearing is well-spaced and the low-end torque is good enough to haul the motorcycle from standstill with deftness. That said, the high kerb weight of 195kg plays spoilsport in fully enjoying the bottom-end grunt. The 4th gear is tractable enough to let the bike happily trundle around in the city, with the speedometer needle sitting at 50kmph. That said, the heavy clutch makes riding in heavy traffic a tiring affair.

Thanks to the addition of fuel injection, the motor is now more fuel-efficient than the BS4-compliant version. As you can see from the table, both the tested city and highway mileage figures are more than its predecessor. This coupled with the 13.5 litre fuel tank should ensure an average real-world range of about 500km on a tankful.

Manoeuvring the motorcycle at low speeds in the city is quite energy consuming thanks to the high kerb weight. The suspension setup is well tuned to absorb most of the bumps Indian roads can throw at you. This along with the large 19-inch front and 18-inch rear spoke wheel make sure the bike maintains its composure even on very sharp bumps. The touring seat does a stellar job of keeping the shocks at bay. Compared to the standard sprung seat, the wobble on the touring seat is considerably less. At 135mm, the ground clearance isn’t all that great. You’ll have to be wary of this especially when exploring the harsh terrains of Leh-Ladakh.

The hard-compound Ceat Zoom Plus tyres are built to last long, and they offer decent levels of grip on dry roads. However, things aren’t confidence-inspiring on the wet. It tends to lose grip rather quickly while cornering.

The Royal Enfield Classic 350 BS6 really shines when it comes to braking prowess. The 280mm front and 240mm rear disc have a fierce bite, linear progression and feel, bringing the 195kg hunk of metal to a surprisingly quick halt. The dual-channel ABS also does a great job of keeping the bike planted while panic braking and it isn’t too intrusive either.

The Royal Enfield Classic 350 is available in two primary variants: Single-channel ABS and Dual-channel ABS. The detailed variant table is as follows:

Apart from the different ABS options, the only other changes are the colour schemes and the wheel type. The Gunmetal Grey and Stealth Black variants get alloy wheels wrapped with tubeless tyres. They can handle punctures much better than the tubed units in the rest of the variants.

The Royal Enfield Classic 350 BS6 may not have modern motorcycle-levels of performance, or refinement or bleeding-edge features. But these flaws give it a distinctly human trait, a soul, if you may. That’s what makes this motorcycle etch its place in the hearts of countless Royal Enfield enthusiasts. It is the kind of laidback motorcycle that lets you take in the surroundings and enjoy the journey rather than the destination. Moreover, Royal Enfield’s variety of accessories make the bike a lot more versatile, and the company-organised rides guarantee the wholesome experience of the quintessential biker life.

But as an overall package, the BS6-compliant Royal Enfield Classic 350 feels more like a stop-gap measure until the next-generation Classic arrives. Other than the cleaner motor. there are no tangible features to justify the extra premium. If you are planning to buy one right now, we’d suggest you wait for the next-generation Classic as it is expected to be better in terms of highway capability and refinement - the two biggest Achilles' heels of the current-gen Classic.