Small bike, big expectations, bigger price. Without beating around the bush, we tell you if you should buy the BMW G 310 R 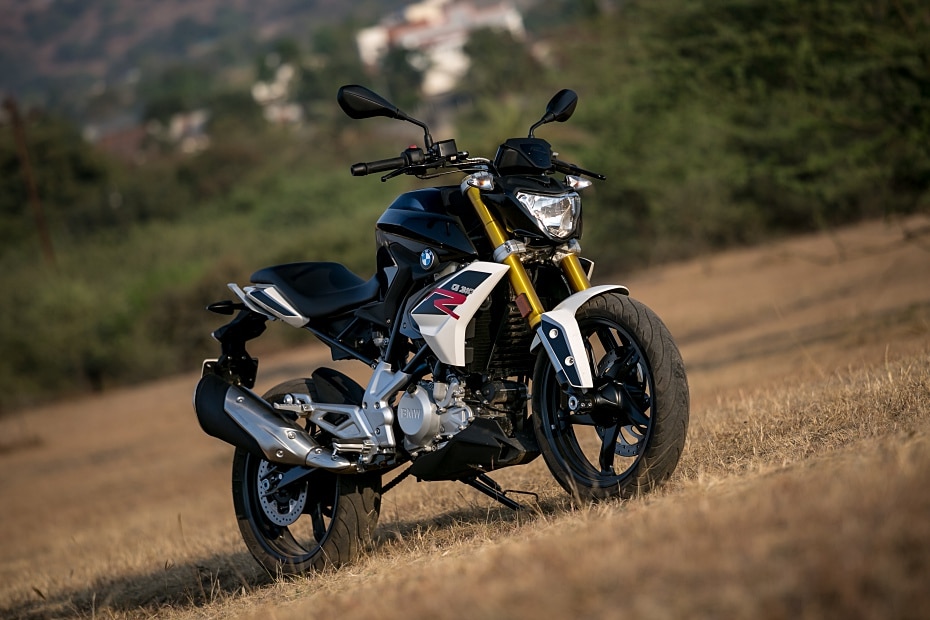 Buying a premium motorcycle is a matter of the heart and not one purely based on logic. And hence, while your brain might hold your hand back from reaching for the wallet, your heart would be doing the exact opposite? Such is the case with the BMW G 310 R. It’s a machine which, taking into consideration the Rs 2.99 lakh (ex-showroom India) price tag, isn’t really a logical buy. The question then is, can it make the heart weak enough for you to make a ‘foolish’ decision? To answer that, we put this baby Beemer through a thorough road test regimen in the real world.

It's a handsome bike. No matter which angle you choose to look at it from, it will make you want to click a picture. What’s particularly appealing about the motorcycle is its compact size. Unlike its cousin, the TVS Apache RR310, or its immediate sibling the G 310 GS, the R doesn't look too big or tall. It rather looks squat and muscular, like a proper street fighter.

The design DNA is derived from the larger BMW R 1200 R, and the younger R does manage to stand its ground in the segment. It's not overly designed like the Duke, but has aggressive lines and panels, which, along with a wide fuel tank and the exposed frame, make it look muscular. Adding to that are the tank extensions which help give the G 310 R some more visual mass, especially with the colour contrast in this black shade. The beefy 41mm dia USD forks are same as the RR 310, but their metallic gold paint stands out more here as they are more exposed.

Move to the back and it starts to look slimmer. The 150/60-R17 rear tyre lends it a solid stance, whereas the short tail, along with the extended taillight bracket add to the sporty design. The contrast white monoshock, along with white graphics on the tail help break the black monotone quite nicely. The thing which sticks out here is the large exhaust. Not only because of its size, but also because of the rounded shape, which doesn't really go with the overall design of the motorcycle. But, be prepared to see more large end-cans on other motorcycles as emission norms get even more stringent.

And now, the most important aspect of the of the G 310 R’s design - the BMW badge. You get one on either side of the fuel tank and a tiny one on the handlebar. Apart from the design, it's these badges which attract the most amount of attention on the streets and indirectly a hefty asking price. Another thing worth mentioning here is the solid build quality of the bike. The welds are neat, plastic panels are tightly fastened and the overall fit and finish quality is superb. What makes the bike feel special are all the touchpoints. For instance, the handlebar grip and especially the quality and tactile feel from the switchgear is befitting of the BMW insignia.

This is one area where it’s hard to justify the G310 R’s asking price. While the segment (Duke in particular) is offering a full-colour TFT display with Bluetooth compatibility, ABS modes, slipper clutch and ride by wire, the BMW G310 R gets none. What it does get though is a highly informative monochrome instrument cluster which shows you speed, tacho, fuel level, time, trip, average fuel consumption and more. In terms of mechanical features, you get a preload adjustable rear suspension and… well, that's it. I bet you expected more from a luxury brand like BMW Motorrad, didn’t you?

When it comes to ergonomics, the G 310 R gets the basics right. The handlebar height compliments the slightly raked seat for a sporty riding posture. The footpegs are placed quite a bit on the higher side, which, though help you grip the fuel tank better, do lead to a somewhat cramped lower body posture. What might also become an issue for more generously proportioned riders is the length of the seat. If you are on the wider side or are close to 6-feet tall, you will have almost no room to move and will be fixed in place by the tank and the rear seat. Speaking of the seat, the cushioning is just right and will keep your backside happy for long hours in the saddle.

Like you would already know, the 313cc motor here is the same unit as you get on the TVS Apache RR310. But at 34PS/28Nm (the RR gets 27.3Nm), the character of the motor here is slightly different due to a change in sprocket sizes and a different ECU. Where the Apache likes to rev high, the R feels punchiest in the mid-range. The 11kg weight difference from the TVS also makes it feel more reactive to throttle responses, so much so, that every time you twist your wrist, the drama of the engine note, the quick in-gear acceleration and the wind blast makes it feel lively, more so than the Apache RR 310.

But, if you bring the numbers into the story, they paint a different picture. Clocking 7.47 seconds to reach 100kmph, the R is a fairly quick motorcycle but is close to half a second behind its fully faired cousin. This is down to the fact that the TVS gets more mass at the front, which allows for a more poised launch. Also, its fairing allows the RR to clock a claimed top speed of 160kmph, while the R is good for 147kmph. The R, though, loves to pull wheelies which, while hampers the launch, is more fun.

But thanks to great mid-range torque, it is the quickest in its class when it comes to roll-on acceleration from 30 to 70kmph in 3rd gear, taking just 3.53 seconds. And even in 4th gear, going from 40 to 80kmph (4.51 seconds), it is just a few hundredths off the Apache RR310’s time. To sum it up, while it’s not the quickest in outright acceleration, it really feels alive from the saddle with speeds building up quickly.

Of course, the performance here isn't as explosive as the KTM 390 Duke (0-100kmph in 5.98 seconds), but the R is a better city dweller with a more tractable setup. It’s happy to lug around in the 4th gear in the city without skipping a beat. All of this while returning a fuel efficiency of 37kmpl in the city and 31.86kmpl on the highway. Overall, if you are primarily a city rider, the R is a great choice.

But, the infamous buzziness of the Apache RR 310 is even more prominent here. And though it's not as aggressive, the buzziness starts to creep in right from the 5,500rpm mark and becomes more noticeable as revs climb, making the motor feel less refined. At 100kmph, in 6th gear, the vibes emanating from the tank are quite significant. So if you want to cruise comfortably on the highway, you’re better off doing speeds of 90kmph or below. Not a great option for long distance riding then!

This is where the BMW shines. Not only in outright cornering, but in the everyday grind as well. The ride quality on the 310 R is a class above the segment. The seat cushion, combined with the softer damping makes going over bad roads and speed breakers an absolute breeze. The R is happy to take on a broken road and keeps you comfortable even at higher speeds. The rebound from the suspension too isn't harsh (something which the Duke is infamous for) and offers a plush ride quality. Out on the highway, the ride remains fairly flat and minor undulation on the tarmac aren’t relayed to the rider.

Even when you show this BMW a set of twisties, the enthusiasm does not go down. The R is really quick to tip into corners. It can feel a bit unnerving in the beginning, but you get used to it quickly as the bike is very stable when leaned over. The long swingarm helps you keep the bike steady and the suspension too filters out mid-corner bumps fairly well. The position of the footpegs here provides a lot of clearance for high lean angles, but the grip from the Michelin Pilot Street tyres are average at best. A tyre swap for better rubber would make this bike even more fun on the hills than it already is.

The BMW G 310 R uses a 300mm Bybre brake on the front and a 240 mm disc at the back. The result is a short braking distance of 32.45metres from 80kmph, which is better than the RR, but not as good as the Duke. The feel from the lever is also average, but the ABS is well tuned to not be intrusive and let the rider have some command. And if you're totally bonkers, you can even manage to outsmart the ABS unit and pull off crazy stoppies!

The BMW G 310 R is a very capable motorcycle which is great for city duties, and though it’s good for highway stints only at slower speeds, it’s great fun on twisty mountain roads. And then there’s the ride quality which is just excellent - easily the best in its class. The key takeaway here is not the numbers, but the way the motorcycle makes you feel... happy. Yes, there is buzziness from the motor and the lack of features is staggering, but get into the saddle, and you do feel like you’re sitting on a premium, well-made motorcycle. Plus, you also have to consider the bragging rights and exclusivity that the BMW badge brings amidst a sea of orange hooligans.

While the BMW does convince the heart by being a lovable motorcycle, there are other things to take into consideration. First, the service network is very limited and whatever there is, is quite expensive! This is over the price premium you are paying to buy the motorcycle in the first place. So, if you are stretching your budget to get the Beemer, don't. But if price isn’t a big factor for you, and you’re not looking at outright performance, the G 310 R is special enough to be considered.