Published On Sep 30, 2016 By Naveen Soni for Hero Achiever

We rode the all-new Hero Achiever 150 with the i3S technology and here is our first take on the bike. 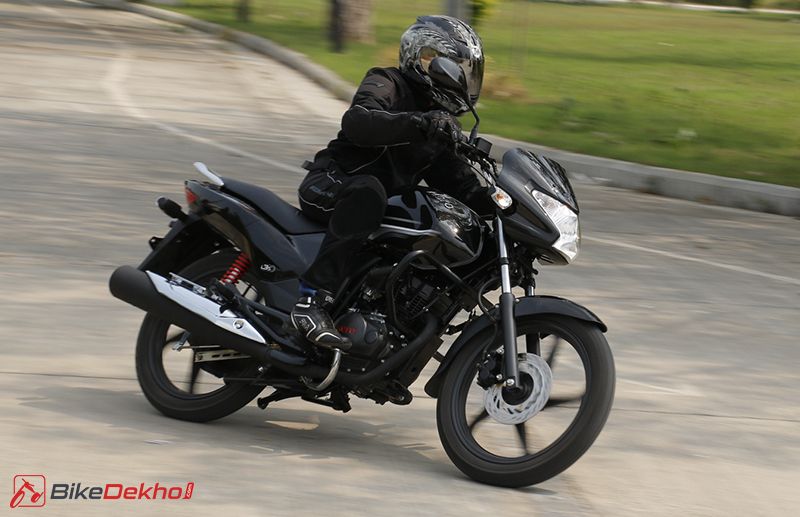 Talk about commuters and the first thing that comes to mind is the 100-125cc segment. However, there is another niche category of motorcycles called the "150cc power commuter". With only a handful of options, the category is dominated by the Honda CB Unicorn which was recently relaunched prompted by high customer demand. Hero MotoCorp is no newbie to this segment either and had launched the Achiever first way back in 2006. Despite being offered by the country's leading commuter manufacturer, it failed to match the expectations of Hero but remained in production without any major update. A decade later, the company has given the model a complete overhaul comprising some tech and feature upgrades to launch the all-new Achiever 150. We got to ride this new Hero in the capital recently and here is our first impression of the bike.

First of all, the target audience of the Hero Achiever 150 is mature buyers, not young students. The styling has been kept conservative so don’t expect it turn heads on the street. It has been built on the same chassis as its predecessor, however, looks better when compared to the previous generation. The bike gets a sharp, trapezoidal headlamp and the fuel tank looks similar to its sibling, the Xtreme. The bike gets a flowing design pattern, so the rear and side cowls look like single units.

The 3D metallic branding on the fuel tank and the good quality paint finish provides a little premium touch along with all matt black chassis. Exhaust muffler is also new but looks similar to those stout units that come with the other 150cc Hero bikes. If we talk about the fit and finish of the components, it's decent like any other Hero motorcycle and the quality of the material used for switchgear and dashboard is quite impressive. There is a decently designed graphic job on the bike, including the "Achiever 150" logo on the rear cowls and the "i3S" logo on the side panels. The tail light is simplistic and gels with the overall styling, while the skinny 80/100 section tyre makes the tail looking disproportionate.

The most highlighted feature of the new Hero Achiever is the i3S (Idle Stop-Start System) which already comes with the Splendor iSmart and iSmart 110. According to me, the technology makes more sense with a 150cc commuter as they consume more fuel during idling compared to 100cc-110cc bikes. Moreover, the system is switchable, so one can turn it off when not required. The i3S’ functioning is quite simple: turn it on and it’ll automatically shut down the engine after five seconds every time you stop the bike and engage neutral. To restart the motor simply pull the clutch lever and slot into first gear. It’s just that simple! The technology is a boon especially in cities, where you have to stand still on traffic signals for several minutes.

Another interesting feature is the AHO (Automatic Headlamp On), which is, in fact, a first-in-class addition. With this new feature, you don't need to turn on or off headlamp but it automatically does the job by sending the lighting conditions. The old-school type instrument cluster looks boring but it's easy to read and well positioned. The all-analog unit features the speedometer, tachometer, fuel gauge and other necessary tell-tale lights along with a side-stand indicator.

The new Achiever sports the same 150cc, single-cylinder engine that was powering its predecessor but now it is BS-IV compliant and more refined. There is not any change in output as the bore and stroke remain the same and it continues to deliver 13.6PS of power and a peak torque of 12.8Nm. Hero engineers have worked on low-end torque delivery, making acceleration faster with a 0-60kmph sprint achieved in a claimed 5 seconds.

The bike retains the same 5-speed gearbox with the easy-to-use heel-n-toe shift lever. The transmission works well for a commuter and you can ride the bike easily at 35-45kmph even in fifth gear. Refinement levels of the bike have been improved and vibrations kick in after 70kmph, which is more than sufficient range for a commuter. According to company officials, the bike has a real world fuel economy of around 50kmpl, however, we shall be able to verify that only after a proper road test. Overall, this is a much better motor and you can sense that while riding the motorcycle.

The best thing I like about the new Achiever is its comfortable seating position and well-cushioned seat. The upraised handlebar and centre-set footpegs provide an upright riding posture, resulting in lesser ride fatigue. The long seat ensures comfortable seating for the pillion as well. The bike feels light while riding, easily flickable and easy-going in the traffic. Cornering is not a forte of bikes in this segment and the Hero Achiever is no different. Moreover, the petite 80/100 section tyre also restrict its ability to carry more speed in the corners. However, the skinny tyre makes smaller contact patch, which means lesser rolling resistance, resulting in better fuel economy.

The suspension set-up is a bit stiffer as compared to the predecessor, resulting in a better ride quality. The bike we tested was equipped with a disc brake at the front and a drum type unit at the rear, which is a perfect combination for this motorcycle. The disc brake was sufficiently progressive, providing a nice feedback, and we recommend you opt for this trim if you are planning to buy this bike.

If you are looking for an upgrade to your regular commuter bike and want a comfortable, reliable traffic cutter, then the Achiever may just help you achieve that. It delivers ample torque and fuel efficiency is impressive as well. Though the bike doesn't look that exciting, its comfortable ride experience is definitely going to impress you. Hero MotoCorp is one of the most recognised brands in the country which is now trusted by 70 million Indians, which means the reliability is complimentary with the new Achiever as well. Moreover, the company offers the largest network of dealerships, service centres and spare parts stores across the country which is another benefit.

Coming to the price quotient, the new Achiever is available at Rs 61,800 (ex-showroom, Delhi) for the standard trim, while the disc brake version costs a thousand bucks extra. Compared to its direct rival – the Honda CB Unicorn – which comes with a price tag of Rs 69,305, the new Achiever is definitely a more value-for-money option, considering the requirements of the respective segment. On the other hand, Bajaj also offers its new V15 at almost similar pricing, though, then again that’s a more a youth-centric product, instead of a choice of mature riders.