The perfect Indian for Indian roads? 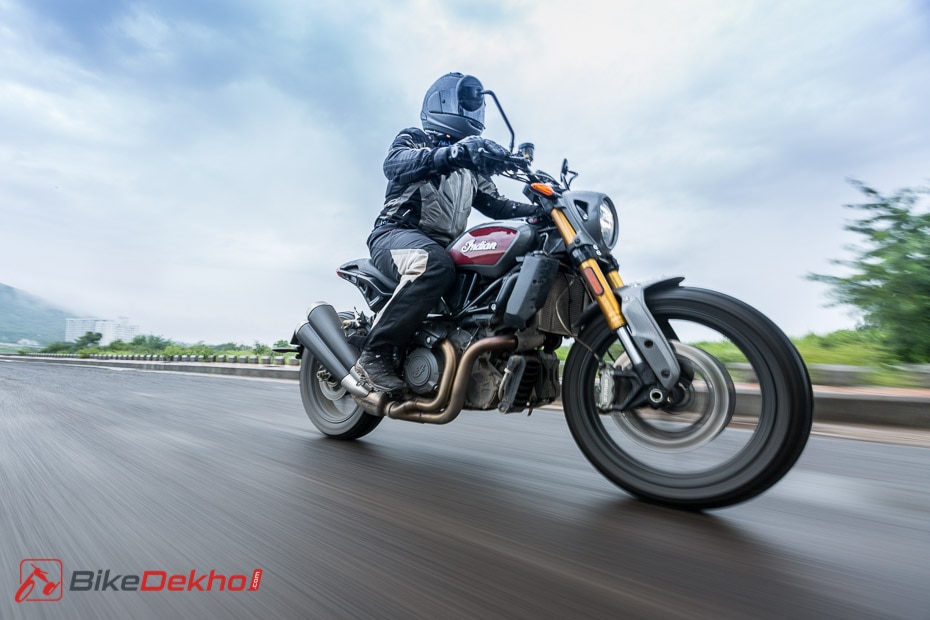 Indian Motorcycle managed to make a rather successful comeback after being resurrected by Polaris a few years back. First, with the Chief range of cruisers and later the Scout, the American brand has been well received by cruiser buyers around the world. However, Indian was kind of one-dimensional with respect to its products and to break this cliche, it rode in the Indian FTR 1200 S.

The FTR is Indian’s take on a production flat tracker and is heavily inspired by the FTR 750 race bike. It’s the most powerful and sophisticated bike to be built by Indian so far.

In terms of product placement, the FTR 1200 goes against European rivals such as the Triumph Scrambler 1200 and the Ducati Scrambler 1100. So has Indian taken the right decision of breaking away from its cruiser DNA? Or has the American brand managed a perfect debut in the performance bike genre with the new FTR?

Scorching performance which is on par with litre-class nakeds.

Versatile nature given the tyres and high ground clearance.

High price since it’s a CBU.

Tall seat height of 840mm can be a bit intimidating.

Heat from the motor at slow speeds.

Only bike in the segment to get TFT touchscreen.

The FTR 1200 S is the first non-cruiser offering from Indian since its resurrection and to say that it looks striking would be an understatement. Its styling is based on the FTR 750 and Indian designers have done a commendable job in maintaining the same cues as in the production bike. The 19-inch wheels and small round headlight give the bike a butch stance, while the exposed frame and big motor make it look aggressive. The tail section of the bike is quite short, but the tapered large exhaust mufflers endow the bike with balanced proportions.

Another aspect that plays a key role in the styling department is the golden shade on the USD fork that looks truly premium. As a motorcycle, the FTR 1200 is very petite, but the large wheels and knobby tyres endow it with some bulk. Fit and finish levels of the motorcycle are really good and I really liked how Indian engineers have managed to pack in the various components neatly. The quality of switches and body panels is also impressive and befitting of its price tag.

While the Indian FTR 1200 S doesn’t have the visual brilliance of say a Ducati, it is a striking motorcycle and looks rather unique.

The riding ergonomics of the FTR 1200 is well sorted. Being a flat track-inspired bike, it features a flat and wide handlebar and centre-set footpegs. Even the rider triangle is very comfortable as you have an upright riding posture. However, the tall seat height (840mm) can make few riders nervous, but given its narrow seat and quick steering, you get the hang of it fairly quickly. What can be bothersome for few riders will be the hard cushioned seat, but it's not a deal breaker. Pillion comfort isn't good as the seat is very narrow.

The FTR 1200 is also the only bike in its segment to feature a TFT screen, which is also touch sensitive and works even when you’re wearing gloves. Riders can navigate the various modes using touchscreen or a joystick. Unlike the European bikes, the user interface is rather simple and you can toggle through the various settings rather easily. It also features smartphone compatibility and cruise control.

Underneath the faux fuel tank sits the familiar 1,200cc V-Twin motor that powers the Indian Scout. While this motor felt peppy on the Scout, on the FTR 1200 S, it’s absolutely brutal. Power delivery is immediate and throttle response is very precise. To give you an idea of how quick the FTR 1200 is, it managed the 0-100kmph acceleration run in under 4 seconds and it was just 0.3sec behind the mighty Kawasaki Ninja ZX-6R!

What makes the performance even more spectacular is its genre and its weight -- it isn’t a light bike at 222kg (dry). Despite being faster and having more aggressive power delivery, the refinement of the engine is better than the Scout’s, and that is very impressive! Given the blistering speed the bike can manage, having the safety of electronic aids is really helpful. Personally, the Standard mode is the best mode for most of the riding conditions given its good balance of electronic intervention and throttle response. What adds to the riding experience is the loud and throaty exhaust note from the standard mufflers, while the crackles are addictive when you downshift and blip the throttle.

The 6-speed gearbox works well and the slip and assist clutch makes it a breeze to ride at slow speeds. However, engine heat is a problem and be ready to get your legs toasted if you plan to ride in heavy traffic. Out on the highway, the bike manages triple-digit speeds effortlessly (with mild windblast) and the cruise control means longer stints on straight highways should be fairly easy.

But, the small 13-litre fuel tank means you will have to accommodate more fuel stops. In our fuel efficiency test, the Indian FTR 1200 S returned 18.9kmpl on the highway. So, one is looking at a realistic range of around 230 to 250km on a full tank.

The FTR 1200 does feel its weight while parking or pushing the bike, but once on the move, it kind of shrinks. For better weight distribution, the fuel tank has been placed under the saddle and the bike does feel very balanced. Low speed handling is impressive and one can ride through traffic with ease and even U-turns are very tight.

Even around corners the bike feels joyous, something which is difficult to comprehend, as the long wheelbase, knobby tyres and 19-inch front wheel don’t make for a perfect recipe for corner carving. But, somehow it works and this can be credited to the beautifully balanced chassis.  Also, the suspension hardware on both ends is adjustable, allowing the rider to tune the bike based on his or her needs. In fact, if you are able to swap the tyres with road-spec units, I am pretty sure the FTR 1200 S would be a fun bike around a racetrack as well.

While the knobby tyres are about decent on tarmac, they offer a fair bit of traction for trail riding. The massive 183mm ground clearance means you can have some fun on dirt without worrying about damaging the machine. The slim tank allows you to grip the bike well while standing and the ride, though on the firmer side, handles most of the broken roads without much trouble. This makes the FTR a very versatile bike -- one that could even handle a journey to Ladakh quite easily, barring the stress of carrying extra fuel that is.

Stopping power comes courtesy Brembo M4.32 monobloc calipers, which aren’t top-spec parts but they get the job done well enough. They are super communicative with respect to bite, progression and feedback. Given the performance on tap, strong braking performance is always helpful and the Indian FTR 1200 S managed to go from 100kmph to a standstill in 47.10 metres.

The Indian FTR 1200 s available in three variants: Standard, S and Race Replica. Prices for the base variant start at Rs 15 lakh, while the bike we tested, the FTR 1200S, retails for Rs 16 lakh and the top-spec model will set you back by Rs 18 lakh (all prices ex-showroom, Delhi). The base model misses out on adjustable suspension, TFT touch screen and electronic aids. While the top-spec FTR 1200 Race Replica features a unique paint scheme and Akrapovc exhaust.

If I had to sum up the Indian FTR 1200 S in a word, it would be ‘surprising’. Initially, I thought this would be just a fancy styling exercise in an attempt to expand Indian’s portfolio, but I couldn’t have been more wrong. What the FTR 1200 stands for is unadulterated fun and it’s, in fact, among the best motorcycles we have tested in 2019. The fact that it’s Indian Motorcycles’ first attempt in this genre makes it that much more impressive.

But, I must add that this isn’t a perfect bike and has its fair share of flaws. It runs rather hot in traffic and the seat height might put off shorter riders. However, you don’t buy motorcycles like the FTR 1200 S based on logic. It is a pure ‘heart decision’ -- something you do to bring you happiness. It’s like Mastercard’s old ads that said, ‘There are some things money can't buy, for everything else there's Mastercard.’ Well, happiness on two wheels at least can be bought by money, although you will require a platinum card as the FTR 1200 S is priced at Rs 16 lakh (ex-showroom).

The high pricing is because all bikes from this American brand come via the CBU route, thereby attracting hefty duties. The FTR 1200 S has the potential of becoming the highest-selling bike for Indian in our market, but with that retail price, it isn’t going to set any sales chart on fire. As for me, I am more concerned about figuring out a way to get that platinum card.