Has Kabira managed to nail the formula for exciting electric mobility? 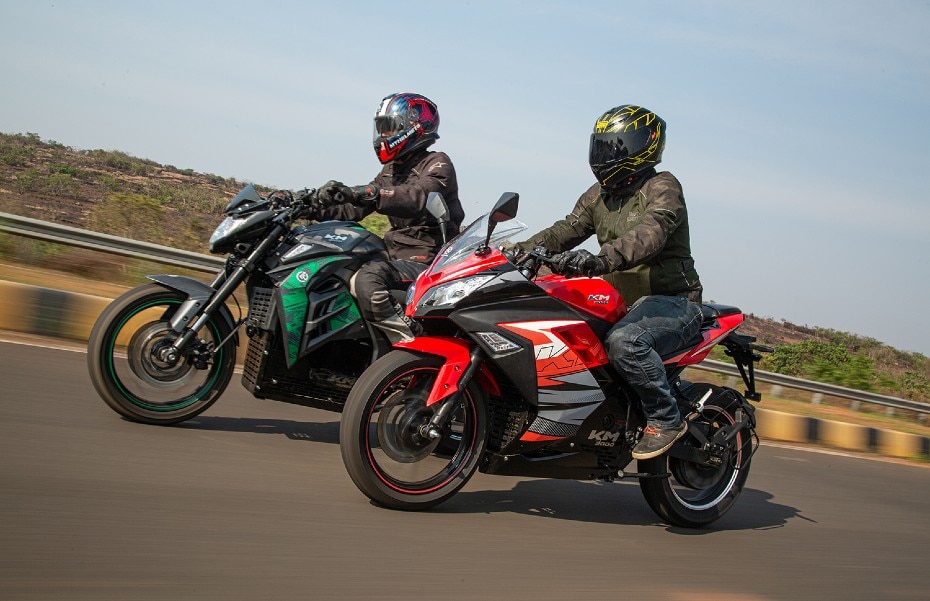 From the glorious sound of the exhaust that urges you to push your limits, down to the buzz your hands and legs feel as the motor works its way to satiate your craving for speed - it all adds to the visceral feeling of riding a motorcycle. But what if motorcycles were devoid of all of that? Yes, that is the burden electric motorcycles need to carry.

Scooters, in general, are meant to be your everyday ride around town while motorcycles are expected to do a lot more than just be a part of your mundane commutes. In that sense, electric motorcycles have a huge responsibility to shoulder and more often than not, we have been disappointed by the choices (or the lack of it) in the Indian market. However, Kabira Mobility promises to deliver on all of that with its electric motorcycles, the KM 3000 and KM 4000. But can it? We rode the production-ready prototypes to figure that out.

Who is Kabira Mobility?

With all the new electric mobility brands that popped up at the 2020 Auto Expo, you’d be forgiven for not remembering Kabira Mobility. Founded in 2017, the Goa-based startup showcased as many as six vehicles at the Expo, with the KM3000 stealing the limelight.

From low-speed e-scooters aimed at a young audience to e-scooters intended for commercial use, Kabira Mobility has a diverse portfolio. The brand already has a bunch of showrooms in Maharashtra, Goa and Karnataka and intends to expand to other states within the next one year.

Kabira has a very ambitious plan of setting up a manufacturing plant, claimed to be the largest in India, with a monthly output of 75,000 units by April 2021. The brand already has two manufacturing units in Goa and Karnataka, with a claimed capacity of 10,000 and 8,000 units per month.

With a bunch of e-scooters on sale already, Kabira Mobility has further expanded its portfolio with two electric motorcycles, the KM3000 and the flagship KM4000, that were launched today and are now open for pre-bookings while the deliveries are expected to begin in May this year.

Even people who are strangers to motorcycles will easily be able to identify the KM 3000 as the Kawasaki Ninja 300. Except for the headlight, every panel down to the plastic cladding around the console has been lifted straight off the baby Ninja. Even the footpegs still had the mounting point where the Ninja’s exhaust would be fastened.

As for their flagship product, the KM 4000, it is eerily similar to the 2015 Kawasaki Z1000, albeit in a scaled down format. The headlight, however, is a blatant lift from the Yamaha FZ-S Version 2.0.

When it comes to design, new brands always have an option to break new ground and establish their own unique identity. We have seen Ather and Ultraviolette do that, and it has worked in their favour. Instead of developing a design unique to its brand, Kabira Mobility opted to quite literally rip off established Japanese models. But that would be fine if they delivered on all the essential aspects of electric motorcycles, right?

Are The Bikes As Good As They Look?

On paper, yes. The KM 4000 and the KM 3000 share the same motor and lithium-ion battery pack, however, the usable capacity is different. While the naked uses a 4.4kWh pack, it goes down to 4kWh on its faired sibling. Even the power outputs are different. The 8kW motor on the naked churns 5kW of continuous power while the faired bike’s 6kW motor manages to produce 3.5kW of continuous power. With faired motorcycles generally associated with more performance, this comes as a bit of a surprise, isn’t it?

In terms of hardware too, the KM 4000 gets better equipment in form of USD forks and dual discs at the front. The KM 3000 does with conventional telescopic forks and a single disc at the front. Both the bikes get the same disc at the rear and are aided by a combined braking system. Kabira says that their customer surveys revealed that customers were expecting more performance from the naked, while they wanted the faired bike to be more of a commuter. We’re as astonished as you are about this.

Most manufacturers usually tend to share equipment to minimise production costs, however, Kabira has done quite the opposite. Even the dashboards on the two bikes are completely different, and confusingly, they still have a tachometer on display.

Where Do The Kabira Mobility Bikes Score, Then?

Our expectations weren’t really high after seeing the bikes in the flesh, but the DeltaEV-sourced BLDC hub motor on both the bikes worked fine for most of the part. Though the KM 3000 lacked the urgency of an electric vehicle, I managed to clock a GPS-indicated 82kmph. As for the KM 4000, its 8kW motor felt a bit livelier, but the performance was still way off something like the Ather 450X. The naked managed to clock 88kmph.

The handling too was fine to an extent. When going through corners, both the bikes felt pliant and could easily hold the line. Some credit for this goes to the tyres, however, the brand stated that they haven’t finalised on them yet so the production units may have a different set.

Another interesting bit is the smart charging that Kabira has incorporated in the bikes. While the regular or ‘Eco’ charge would take almost three hours to charge to 80 percent, the same could be achieved in a mere 50 minutes with fast charging. Customers will be able to switch between the two modes from the app. Having a fast charger incorporated in the system allows the battery to be charged quickly at any place using a regular 16 amp socket. This dual mode charging setup should help with overall battery life. That said, we have not been made privy to how a standard 16A plug point would provide fast charging capabilities.

Where Do They Not?

While Kabira seems to have got most aspects of the electric drivetrain figured out (which is good news for such a young company), it’s the mechanical aspects where they’re lagging behind--at times, drastically so. Even if we completely ignore the shoddy paint work, cheap quality fairings and the ugly welds on the prototypes, the bikes were far from complete, especially the KM 4000.

The moment you hop on to the saddle of the naked, the ergonomics felt off. The handlebar is narrow and awkwardly inclined upwards, while the footpegs are a bit too rear set, resulting in a strangely forward-set riding position.

Adding to the woes was the suspension setup on the KM 4000. The USD fork is set up quite soft, and with the weight concentrated towards the bottom and the rear (thanks to the battery pack and hub motor), the linked monoshock ends up doing all the work. However, the monoshock has been set up so stiff that it didn’t seem to provide any cushioning during our ride.

As for the KM 3000, things were no different. Though the suspension worked fine for the most part, there were times where the forks would remain compressed and a slight jolt would be required to get them back to the normal position.

Both the bikes lacked braking power, especially at the front. Despite having dual discs at the front, the KM 4000 would barely slow down under hard braking. Partially, the master cylinder was to be blamed for this, which created little to no pressure, that you could literally pull the lever all the way up to the throttle with just one finger. Throughout the ride, we couldn’t feel the CBS working nor did we feel the 40 percent of regenerative braking that the brand claims on both the bikes.

Even the bolts weren’t set to the right torque. We had brake caliper bolts coming loose on the test runs. The triple clamp too wasn't set up correctly. Under hard braking or when going over speed bumps, a distinct play could be felt there.

Should You Book One?

The beauty of electric bikes is that they can practically rewrite the book on motorcycles, given their flexibility in terms of packaging of battery and motor components (unlike IC motorcycles). But has Kabira done so with these two motorcycles? We think not. These two motorcycles, the KM 3000 and KM 4000, could have possibly turned the tide for electric mobility, giving us something to look forward to in the electric space. But in the end, they seem to be just another rushed job to jump on the electric mobility bandwagon.

At Rs 1,26,990 and Rs 1,37,990 respectively, the Kabira Mobility KM 3000 and KM 4000 clearly have the Revolt RV400 in their crosshairs. However, for bikes that are slated to be delivered to customers in the next three months, they are far from complete. At this stage, we find it hard to justify the price or even recommend these bikes.