Has going greener made the Apaches duller? We find out 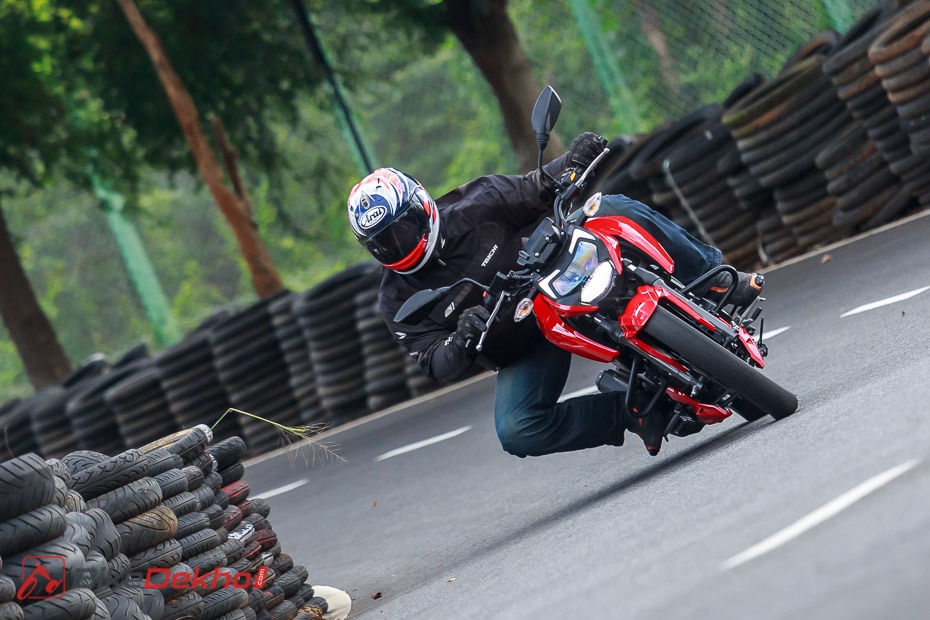 With the new BS6 emission norms set to come into effect in a few months, bike manufacturers have begun introducing cleaner and greener motorcycles-. The updated models cost 10-15 per cent more compared to their BS4 counterparts and, in order to justify the price tag, manufacturers are throwing new features to lure the masses. But when it comes to entry-level performance bikes, brands are working hard to ensure the performance quotient doesn’t take a hit in order to meet these norms. So how do TVS’ Apache RTR 160 4V and Apache RTR 200 4V perform after the updates? Let’s find out.

In terms of design, not much. The most prominent change in the updated 160 4V and the 200 4V compared to their BS4 counterparts is the new LED headlamp unit. To make things easier for you, here’s what’s new: The seat cover on the RTR 160 4V now gets a dual-tone treatment, in addition to which it gets new decals and a faux carbon-fibre finish on the mirrors. The 200 4V also gets new stickers and the same faux carbon-fibre finish on the mirrors as seen on its smaller sibling… and that’s about it. We feel TVS could have introduced new paint options or even opted for new decals to help the motorcycles stand apart from their BS4 versions.

TVS engineers have added some cool new segment-first features to the BS6-compliant motorcycles. For instance, the updated bikes now come with a feature called ‘Glide Through Traffic’ or GTT. Behind this marketing term lays a simple yet effective piece of engineering. This feature kind of works like torque-assist (as seen on some high-end motorcycles) where the rider doesn’t have to twist the throttle or use the clutch at low speeds and all that the rider has to do is roll off the throttle in a nice and smooth manner. This system worked brilliantly at TVS’ test track in Hosur where we could do about 7kmph in first gear, 12kmph in second and around 17kmph in third gear… without even touching the throttle. It even works with a pillion on board and on mildly steep inclines! However, we will have to wait and see how well this feature works in stop-and-go traffic situations.

The 200 4V also comes with Bluetooth connectivity. In the RTR 200 4V, it does more than just showing you turn-by-turn navigation. It displays lean angle mode, tour mode, race telemetry and a crash alert as well. All of this info can be monitored by TVS’ mobile app, which we think could have come with a simpler user interface. However, that can be changed via simple over-the-air updates. We have a detailed story about how it works, which you can read here.

What about mechanical changes though?

From the outside, the BS6-compliant versions of the 160 4V and the 200 4V look largely identical to the outgoing models. But TVS has heavily revised some components to make these models adhere to the new emission norms. For instance, TVS’ engineers claim they have thoroughly tweaked the internals of the exhaust system. TVS has also redesigned the pistons and piston rings, in addition to which it gets a new intake, and even the valve timing has been changed. All these updates in the interests of BS6-compliance have, however, made a small difference to power outputs. The BS6 RTR 160 4V now churns out 0.78PS and 0.68Nm less than before, with peak power now coming at a slightly higher 8250rpm (up from 8000rpm) and peak torque is now available at 7250rpm (up from 6500rpm).

The updated RTR 200 4V makes the same power as before, but the torque figure is down by 1.2Nm and is available at a higher 7500rpm. Although there’s a slight difference in torque output, it was quite hard to point out this difference at TVS’ test track. Of course, there will be some minute change in terms of performance and fuel efficiency, but for that, you will have to wait until we subject it to a real-world test featuring a VBox. The updated RTRs come with the same 5-speed gearbox as before and there’s not much to complain about on this front. However, if you are into serious long-distance touring then you’ll surely wish for an extra cog on the RTR 200 4V.

The suspension setup and the chassis on both motorcycles are the same as their BS4 counterparts. In terms of ride quality, the RTR 160 4V is one of the best out there. We are familiar with its suspension setup and it soaks up undulations with ease while providing a calm and composed ride. The suspension on the RTR 200 4V is similar to the previous model in terms of feel. However, TVS has fitted the BS6 200 4V with the new Eurogrip Protorq SR tyres, of which only the rear is a radial. At the track, the new tyres offered a good amount of grip, but we will reserve our judgement until we road-test the bike. Just like the suspension, even the braking hardware is the same as before. While the RTR 160 4V’s brakes still continue to feel a bit spongy, the 200 4V’s setup offers a decent braking feel.

What could have been better?

Well, the 160 4V is just a year old, so we weren’t expecting any major cosmetic update. The new LED headlight does its work to make it look fresh. On the other hand, the RTR 200 4V has been on sale for more than three years now and TVS could have done a bit more than just adding a new headlight. In terms of mechanicals, TVS could have added a bit more sharpness to the brakes on the 160 4V, but other than that, it still is the finest one in its class.

So, has the updates rob the performance feel on the RTRs?

Although there is a slight drop in power figures, the updated RTR 160 4V and the 200 4V feel similar to the outgoing versions in terms of the riding experience and especially the handling. Kudos to TVS for keeping the performance aspect of the bikes intact while making sure that they are kinder to mother nature as well.

Now, back to our question: Is there a drop in terms of performance? Well, not much and that’s the best part of these BS6-compliant Apaches. What TVS has done is retained the same performance ethos of the bikes while making them greener than before.